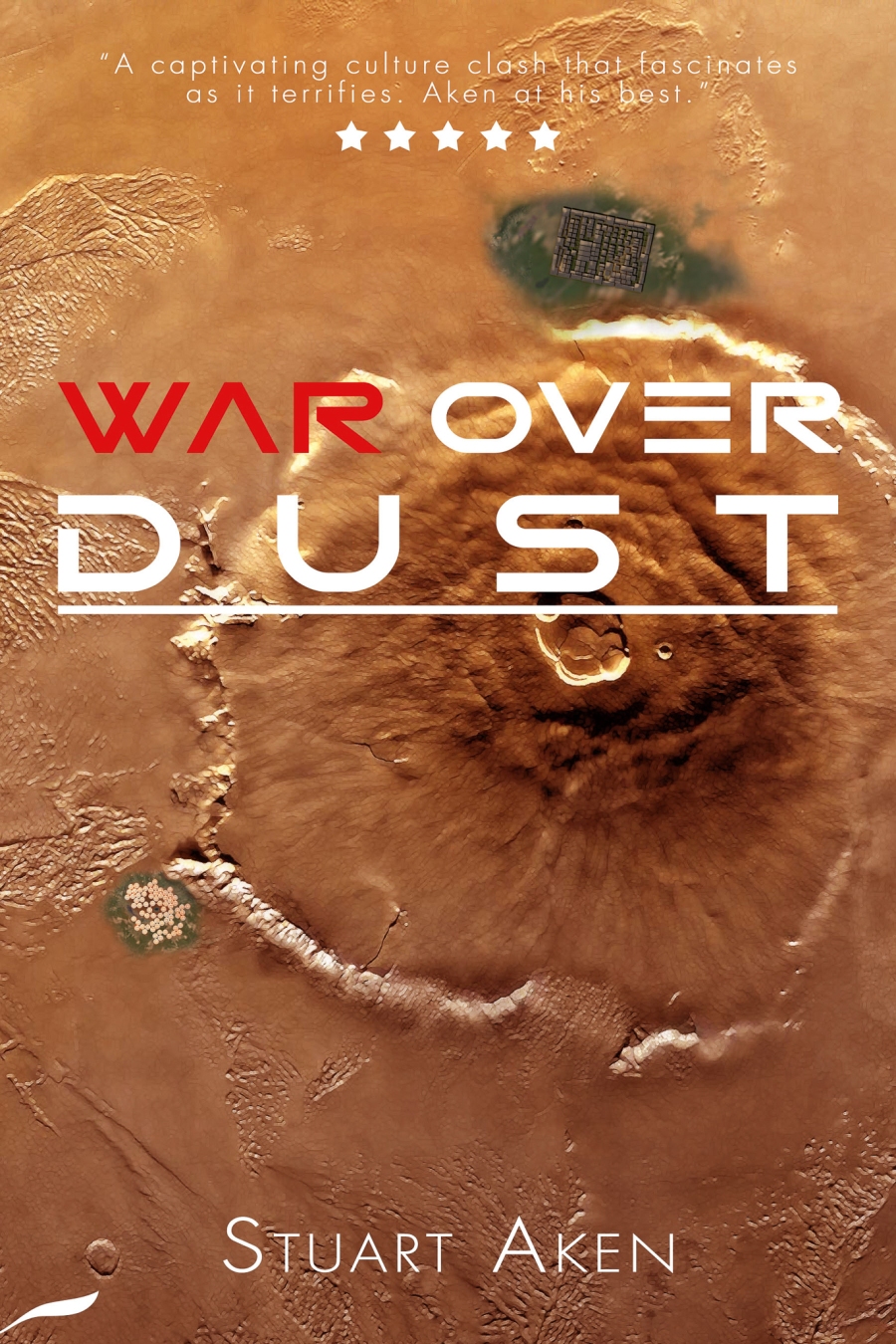 Titles for novels can cause authors much soul-searching. Ideally, we try to give potential readers clues about content, theme, style, and storyline. Not easy with so few words to play with. The best titles are revealed as obvious choices once a book’s been read, so this series is largely for those who’ve yet to read the books featured.
Why is this book titled ‘War Over Dust’?

‘War Over Dust’ is Book 2 of the trilogy ‘Generation Mars’, published by Fantastic Books Publishing. The series follows the Chosen, a group of genetically ‘enhanced’ people initially sent to Mars to colonise the planet as insurance against imminent human extinction due to the climate catastrophe under way as the first book opens. These people are designed to breed the ‘best’ possible humans.
Book 1 is set in 2074 and records the troubled history of the early settlement.
Book 2 begins some 500 Earth years later, with the original cast still in place, as a combination of AI and an expert in genetics has allowed GM to give them almost eternal life. As is the way with humanity, factions on Mars have developed and grown further apart. In the commercial settlement, comprising over 2.5 million individuals, the old values of profit before people continue, with all the unpleasantness that necessarily accompanies such beliefs. The smaller settlement, peopled by just over 350,000 of the Chosen and their offspring, is far more concerned with education, scientific exploration, and quality of life. Mars has been the ‘Red Planet’ for a long time and recent exploration has shown us its surface is singularly dusty. Although much development has taken place on the planet in the 500 years since it was first colonised, much of the surface remains as dust. In this second book war inevitably breaks out between the two colonies, mostly due to the greed and jealousy of the commercial sector. I wanted to expand on the idea that humanity’s wars have almost always been about the acquisition of land (Putin’s vile invasion of Ukraine is but the latest example of such greed from a man incapable of properly ruling the land he already controls). It seems those who’ve grabbed the most land always want more, even when it’s clear they cannot govern what they already have in any reasonable manner. And what could be more futile than to go to war over the acquisition of nothing more than dust? Hence, ‘War Over Dust’.
If I’ve whetted your curiosity, you’ll find a little more detail here. But if you’re intrigued enough to plunge into reading the book straight away, you’ll find it here. Though I’d advise reading Book 1 first, as it’ll give you a deeper appreciation of the societies developed in Book 2. Enjoy! Oh, and if you do, please consider writing a brief review so other potential readers have an idea of what you think about it. Thank you.