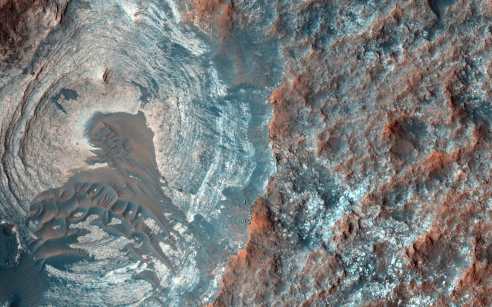 Pic of Mars via NASA

Whoopee! Hurrah! Gadzooks! And, yeah! The first draft of book 2 of the Generation Mars series is finished. It now stands at 112,061 words, 8,740 more than last week’s total. I actually finished this stage on Monday, but thought I’d wait till today to let you know, since Wednesdays have been my usual days for news on progress.

Does that mean the work is done? Certainly not. My first draft is very much just that. And no one has ever published a first draft as a finished book (or, if they have, they almost certainly shouldn’t have!). My book will sit in the Scrivener file on my Mac until it’s had time to mature and I’ve had time to concentrate on other things.

In the meantime, I’ll be padding out the character files of the 15 new players who muscled in on the story as I was writing it. I’ll also be following the 87 links I’ve accrued to posts on various websites giving details of current research and developments in the areas of space, mars, and technology. That way, I can incorporate any changes in knowledge about the subjects when I start the rewrite.

I compiled a 43 point bullet list of items that came to mind during the writing. All these need to be involved in some way with the first edit. Some are trivial, but many involve restructuring and rewriting. It’s all part of the way I approach my writing to create a story as good as I can make it.

So, there’ll be weekly posts on continued progress here. Some very short. Some detailed. But all, I hope, of interest to readers.

Naturally, you’ll have read the first in the series, Blood Red Dust, so you’ll be ready for this second book when it appears, later this year, I hope!

Thanks to those readers who’ve already penned reviews on the publisher’s site, Fantastic Books Publishing, Goodreads, and Amazon, recording their impressions to help new readers. Such efforts really do increase interest and exposure for books in an overcrowded market.

You can buy Blood Red Dust direct from the publisher by clicking here.

Or, you can obtain a copy through your usual retailer. You can also access it through your local Amazon by clicking this link.

4 Responses to “Progress on the WIP: #SciFi in the Making.”