Writers enjoy sharing ideas to improve their craft. Here, I'm looking at ways to trim our writing. Readers will thank us. I'll look at common redundancies and a few flabby expressions. Ask the question: Can you do anything else with a question but ‘ask’ it? Of course you can: pose a question, even post a …

END_OF_DOCUMENT_TOKEN_TO_BE_REPLACED

A small touch of lightness to brighten your world for a while. Enjoy!

Just about to sign off – been trotting around for eighteen hours – cool looking eyeballs though – when this wonderful email from my most amazing friend popped up. Thank you for the smiles beautiful Eleanor – you are awesome!MWAH and LOVE!

If you yelled for 8 years, 7 months and 6 days you would have produced enough sound energy to heat one cup of coffee.
(Hardly seems worth it.)

If you farted consistently for 6 years and 9 months, enough gas is produced to create the energy of an atomic bomb.
(Now that’s more like it!)

The human heart creates enough pressure when it pumps out to the body to squirt blood 30 feet.
(O.M.G.!)

A cockroach will live nine days without its head before it starves to death. (Creepy.) (I’m still…

And what a weekend it was! I first mentioned it in an earlier post, find it here. This was the second fantasy/science fiction convention I've attended. Both events were organised by my amazing publisher, Dan Grubb of Fantastic Books Publishing. The first was in Hull, last year. This year's event took place in the Country …

END_OF_DOCUMENT_TOKEN_TO_BE_REPLACED

This book, as the subtitle suggests, is the beginning of a story. For me, it is, as with so many 'books' in the current market, not what I understand to be a book. It's a scene setter. It follows a marketing technique that's been used in other industries for years but one I feel is …

END_OF_DOCUMENT_TOKEN_TO_BE_REPLACED

My publisher, Fantastic Books Publishing has published my science fiction novella, The Methuselah Strain in a limited edition hardback version alongside the digital version. The book, all copies of which will be signed by yours truly, is due for launch tomorrow, 24th October at Fantasticon 2015. See the previous blog post, here, for full details …

END_OF_DOCUMENT_TOKEN_TO_BE_REPLACED

What is it? It's a different kind of fantasy/scifi/gaming convention open to anyone and everyone with an interest in these popular topics. A place to take part, rather than simply a market place (though there are things to buy for those who want them, of course). And if you're a Dr Who fan, you'll find …

END_OF_DOCUMENT_TOKEN_TO_BE_REPLACED

Writers enjoy sharing ideas to improve their craft. Here, I'm looking at ways to trim our writing. Readers will thank us. I'll look at common redundancies and a few flabby expressions. But, reading this post and nodding wisely won't improve your writing. Stay alert to those extraneous words that sneak into text, or they'll slide …

END_OF_DOCUMENT_TOKEN_TO_BE_REPLACED

Source: Is this Public Figure a Charlatan?

Some interesting facts for the fans of science and space here.

On 28 October 2015 the space probe Cassini, which has been orbiting Saturn for the last 10 years, will pass within 50 km of the surface of Saturn’s moon Enceladus. This is an extremely close approach by an interplanetary spacecraft (by comparison the New Horizons mission only got as close as 12,500 km above the surface of Pluto) and will help us understand more about this icy moon. 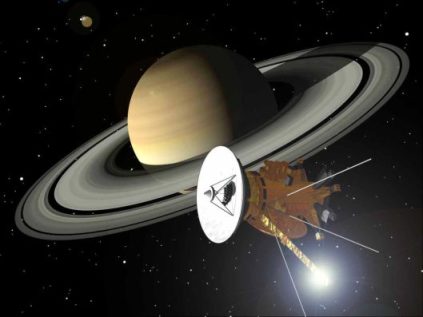 This post discusses this flyby and explains why, in many ways, Enceladus might be a better bet than Mars for finding life in our solar system.

Throughout most of the twentieth century many scientists thought that there could be life on Mars. Indeed the famous American astronomer Percival Lowell (1855-1916) claimed to have seen through his telescope  a large network of canals built by an intelligent civilization  and even produced maps of the Martian canal network. These  canals certainly provided great material for…

It's been a while: my apologies. I've been rethinking certain aspects of my writing life and deciding what changes I need to make, and when and where. And domestics have been a little unsettled recently with some slightly changed priorities that have made it temporarily more difficult to get on with my writing. Next Saturday, I'll be at …

END_OF_DOCUMENT_TOKEN_TO_BE_REPLACED

My apologies to all who've been following my blog, or waiting for a new post, or an answer to a comment here. I've been unable to access my website for a few days. No idea what went wrong, but the various 'help desks' I approached were about as helpful as a naked walk through nettles. …

END_OF_DOCUMENT_TOKEN_TO_BE_REPLACED

I gained this as a free download for reasons I can't now recall, but I would have happily paid the full asking price. Not all the methods propounded in this slim volume are new to me, but many are. And it's good to have the whole collection in one place. One aspect of the book …