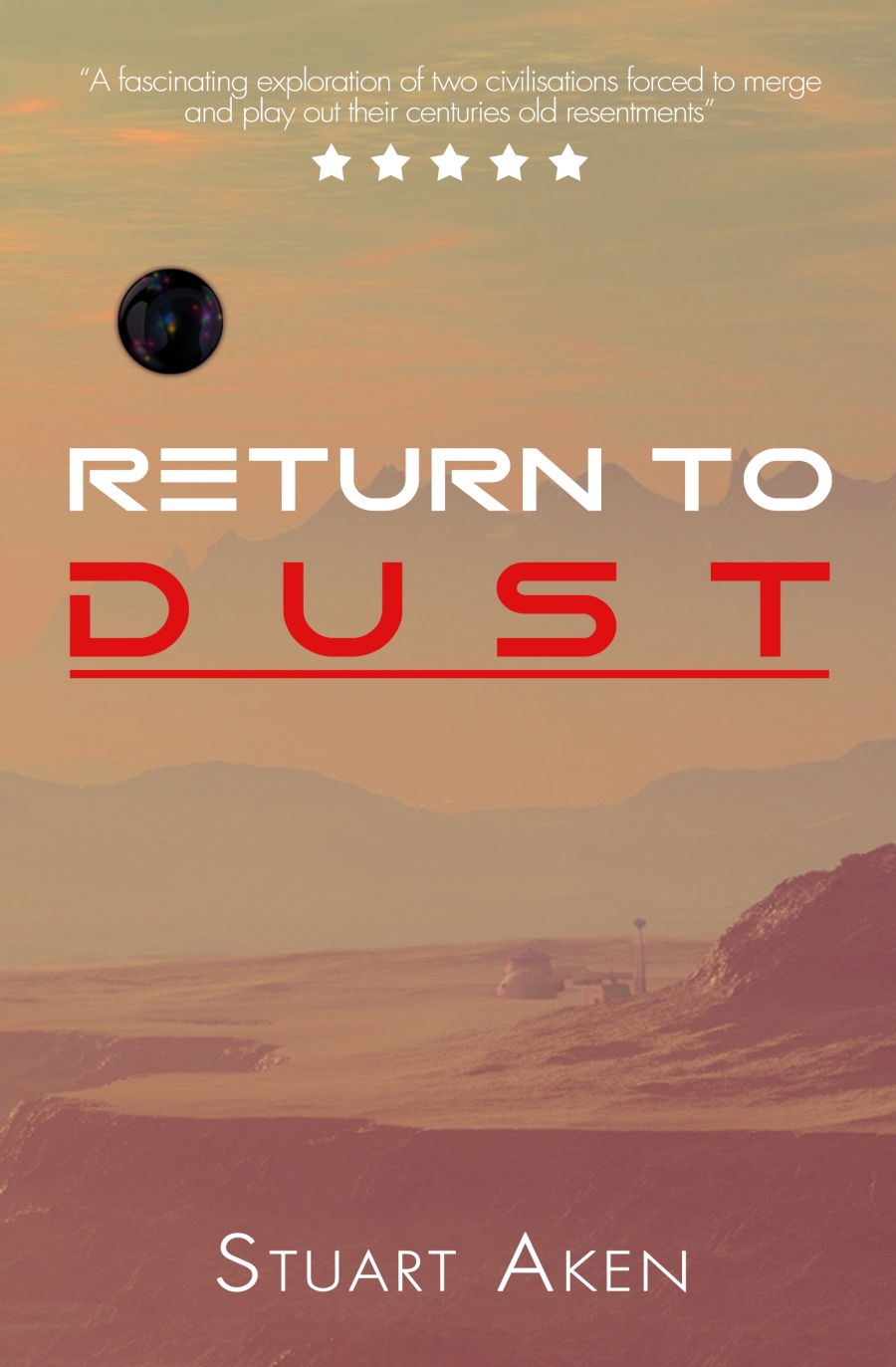 Titles for novels can cause authors much soul-searching. Ideally, we want to give potential readers clues about content, theme, style, and storyline. Not easy with so few words to play with. The best titles are revealed as obvious choices once a book’s been read, so this series is largely for those who’ve yet to read the books featured.
Why is this book titled ‘Return to Dust’?

‘Return to Dust’ is Book 3 of the trilogy ‘Generation Mars’, published by Fantastic Books Publishing. The series follows the Chosen, a group of genetically ‘enhanced’ people initially sent to Mars to colonise the planet as insurance against imminent human extinction due to the climate catastrophe under way as the first book opens. These people are designed to breed the ‘best’ possible humans.
Book 1 ‘Blood Red Dust’ is set in 2074 and records the troubled history of the early settlement.
Book 2 ‘War Over Dust’ begins some 500 Earth years later, with the original cast still in place, as a combination of AI and an expert in genetics has allowed GM to give them almost eternal life. As is the way with humanity, factions on Mars have developed and grown further apart. In the commercial settlement the old values of profit before people continue with all the unpleasantness that necessarily accompanies such beliefs.
Book 3 is set some time after the end of the war in Book 2, when it became necessary to risk the return of some colonists to Earth. Our home planet has changed much during the absence of humanity, but the AI that looks after the colonists on Mars is a capable and creative entity. It’s developed genetically modified plants that provide the new colonists with shelter and food. The problem now, however, is the AI has developed self-awareness and the colonists feel threatened by the colossal intelligence of the nursemaid they developed initially to enable their survival on the hostile surface of Mars. Their intended solution is to do away with the AI, which is becoming increasingly hostile. But can humans, even those enhanced by GM, hope to defeat a logical, unfeeling intelligence many factors greater than theirs? That’s what this story is about. They may instead have to desert their home on Mars to escape the servant that’s become their master and perhaps return that dusty planet to the AI that, as the first on the planet, created an ecosystem capable of sustaining human life. Hence, ‘Return to Dust’.

If I’ve aroused your curiosity, you’ll find a little more detail here. But if you’re intrigued enough to plunge into reading the book straight away, you’ll find it here. Though I’d advise reading Books 1 and 2 first, as that’ll give you a deeper appreciation of the societies and problems. Enjoy! And if you do, please consider writing a brief review so other potential readers have an idea of what you think. Thank you.