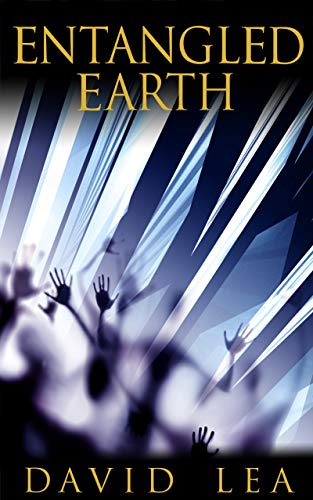 Many readers make it a point of pride to express their dislike of science fiction. These same people probably proudly state their love of historical, romantic, thriller, literary, sensual, spy, legal, or indeed any other type of fiction. So, why the dislike of a genre that offers so much? I find it deeply puzzling, especially as the majority of science fiction provides great stories, and sad, as so many excellent books are dismissed for no good reason.

Entangled Earth is one of those books that can be read in several ways, depending on the reader’s preferences, experience and knowledge. It deals with relationships and some basic fears, which makes it a good read for those who enjoy romance, adventure and thrillers. It looks at the themes of power, the place of law, and irresponsibility in society, which gives appeal to those who read legal thrillers. And it’s based on a fairly esoteric field of science, which will appeal to science nerds.

But readers don’t need to understand the physics here; they’re described in simple form by the author, through the characters, in enough depth for the layman to understand. You don’t need to be a physics buff to enjoy this unusual tale.

The adventure, for adventure it is, begins in Paris at the point when an experiment goes wrong. The effects of this disaster are as catastrophic as they are initially inexplicable. Mystery enters the scene and holds the reader’s attention as we’re introduced to the various protagonists. The main ones are a young female physicist with a deep love of her husband and child, a giant of an American man with heart, an elderly physicist professor with little life experience but a great deal of knowledge, and a female UN helicopter pilot with a love of life and not much respect for the law.

The author has presented the inexplicable in a way that’s accessible. Purists will undoubtedly argue over the occasional internal contradictions and the actual possibility of the event. But the story retains a good deal of plausibility, which is all most readers ask for as they suspend their disbelief and enter the world the writer creates.

There’s a good deal going on in this story that begins with an apocalypse and then follows events through to the somewhat surprising conclusion.

The denouement is both well-paced and emotionally moving. It leaves the reader with a question to which the answers are many and varied.