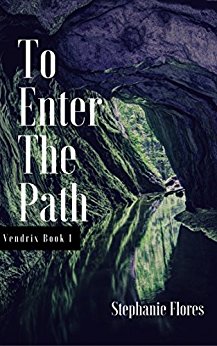 Within this book is a great story trying to get out.

The main protagonist, a young woman overtaken by a demonic magic spirit, is very well imagined and drawn. Her companions are equally well created.

The problem is that the story is somewhat swamped by the repetitive nature of the challenges and solutions. The book is too long. After the umpteenth test in her attempt to resolve a life-threatening situation, the story lost plausibility for me. Fantasy, in particular YA fantasy, often deals with unreal situations. However, the story needs to be plausible, and this one becomes so mired in impossible-to-resolve situations that are then resolved, that I was unable to suspend my disbelief any longer.

There are editing issues, which, given the author’s thanks to her editor, questions the quality of the chosen individual’s expertise.

There is, though, much that’s good about this book, and I suspect many younger readers will either ignore or absorb those things that irritated me. The pace is generally fast; in fact, there were times when I wished for a breather to collect my flagging mental energy! But the story does move along.

It’s easy to empathise with the female protagonist and with the men who oppose and help in her quest. There’s a good moral theme underlying the story, and the burgeoning romance will definitely appeal to many readers.

I suspect this tale is simply not my cup of tea. And the fact that the book just comes to an end, rather than a phase of the story naturally reaching a conclusion, is also an irritation. Yes, this is the first part of a series, but readers expect such a break to complete a part of the story, rather than simply end abruptly.

So, mixed feelings for me here. The negatives are in the story structure, length, and lack of conclusion. The positives lie in the wonderful characters and the amazing imagination that developed the world and its settings.