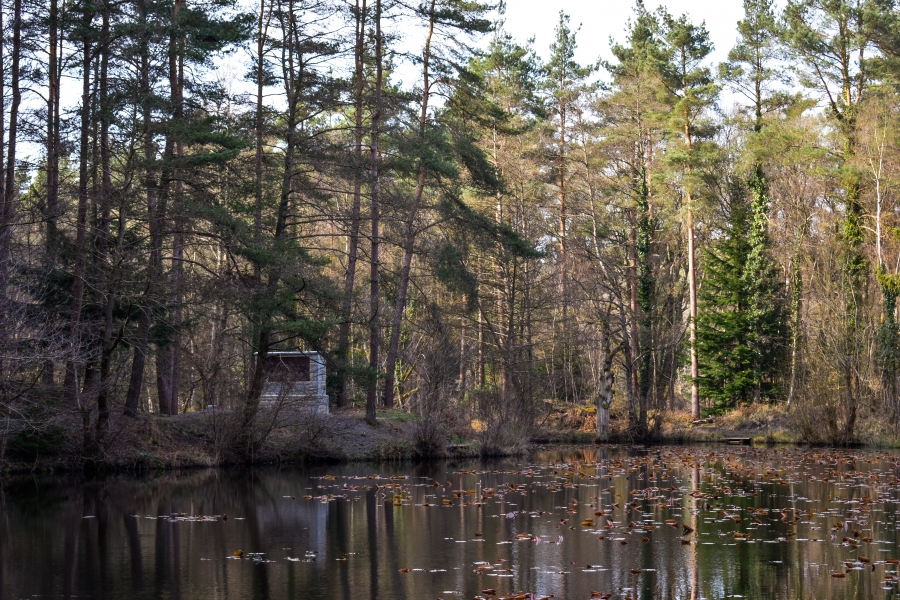 Last weekend a new monument was unveiled in the Forest of Dean, at a location we often visit on our walks. We’ve been watching the construction over the months, and discovered it’s now complete.
This is the Waterloo Colliery disaster monument. The mine had two shafts, 70m (230 feet) deep. The main shaft had an inclined roadway leading down to a depth of 325m (1066 feet). It produced over 10,000 tons (9072 tonnes) of coal per month, totalling 192,172 tons (174,225 tonnes) in 1938.
Along with most privately owned coal mines in the UK, the Waterloo mine was nationalised on 1st Jan 1947. The National Coal Board took over from previous owners, Lydney and Crump Meadow Collieries Company. The mine closed on 23rd Dec 1959.

The disaster:
On 30th June 1949 miners broke through into old workings of the Old Slad Colliery and faced a huge inrush of water that completely flooded the Waterloo mine. 177 men and the mine’s cat were rescued via the main shaft. But 5 men had been cut off by rising water. They used an underground telephone to organise their rescue. Told to make their way through the flooded workings to the base of the shaft of the Old Pluds Colliery, recently re-opened to improve ventilation, they fought their way through the dark flooded tunnels. From there, they were hauled up to the surface. There’s a small memorial sited at the location of that now covered shaft. Fortunately, no lives were lost and all were saved by the courage shown.

The monument, sculpted by Antony Dufort, and commissioned by the Royal Forest of Dean Freeminers Association 2021, depicts miners struggling through the foul water as they made their escape.

For potential visitors, although the mine head was located in Upper Lydbrook, the monument is sited at the edge of Waterloo Screens Lake, now a small fishing pond in the Forest of Dean. This was the place where much of the waste from the mine was built into mounds, now completely covered in trees and no longer showing signs of the industrial past. You can view a map here.

6 thoughts on “A New Memorial is Unveiled.”