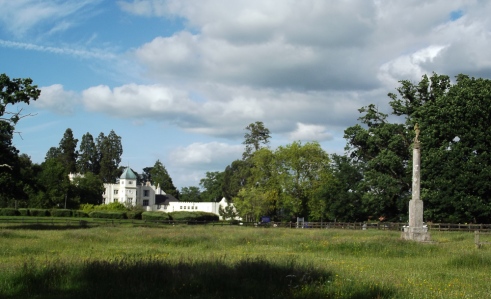 The hotel we stayed at: looks posh, but it was 30% cheaper than the nearby Holiday Inn Express.

Monday, we travelled to Southampton for the funeral of a much-loved old lady. Aunt Vera, elder sister of my dad, Ken, fell and broke her hip. At the grand old age of 103, she was quite frail and failed to recover from the op to mend the break. She was a woman who enjoyed life, though she’d had hard times and suffered losses. Always generous of nature and kind in thought, she spent the latter years of her active life with her daughter, Jill, delivering ‘Meals on Wheels’. She enjoyed helping the ‘old folk’! 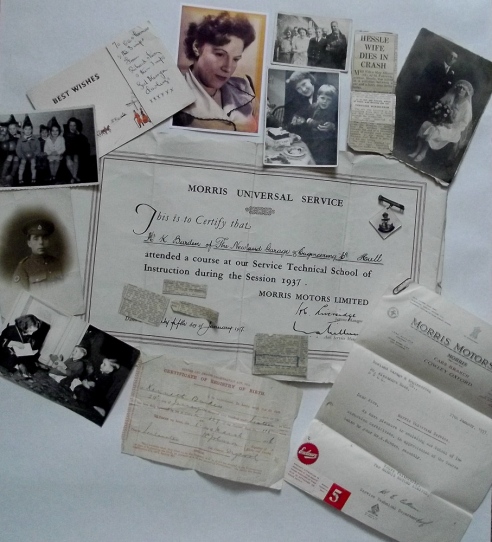 Vera collected items relevant to my dad’s life for me.

My dad died a couple of weeks before I was born, so I never knew him. And, since my mum was killed in a car crash a couple of days after my 16th birthday, I never really learned much about him (my stepdad, a kind man, was a little vain and preferred me not to ask about my past). So, I didn’t even know I had this lovely aunt.

Curious about my past, I entered some details on the old Genes Reunited site. Within hours I was contacted by a cousin, Charles, who I’d never heard of. After a few introductory emails, he explained that Vera had been looking for me, and gave me her address. That first visit to Southampton was a wonderful experience. We saw her a few times after that, the most memorable visit being her 100th birthday. Each time, she gave me more stories and information about my dad so I now feel as though I know him better.

Vera was also a bit of a collector. Nothing silly; she kept photographs, newspaper clippings, and other items of interest. After the funeral, which was a celebration of her life, we all retired to the local Southampton Arms. There, I talked with other family members, especially another cousin, Christine, and Vera’s daughters, Jill and Jackie. Jill had dealt with the closure of Vera’s flat (she lived independently right up to the end of her life) and had found several items of interest for me. There was a certificate relating to my dad’s work as a mechanic, his original birth certificate, some photographs, and a few newspaper clippings relating to births, marriage and deaths.

My wife, Valerie, and I spent that evening in a local hotel in a nearby village, as we’re not keen on cities. We’d walked from the hotel to the crematorium, been given a lift to the pub, and walked back from there to the hotel; we both enjoy walking and the round trip was only around 6 miles. 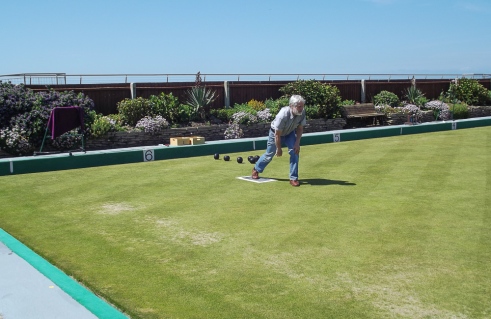 The following day, in honour of Vera’s love of life, we decided to spend a little time enjoying ourselves. I’d spent the previous few weeks deep in the intense process of editing my latest science fiction book (now with the publisher) and Valerie had supported me, which meant we’d had very few times of real leisure. 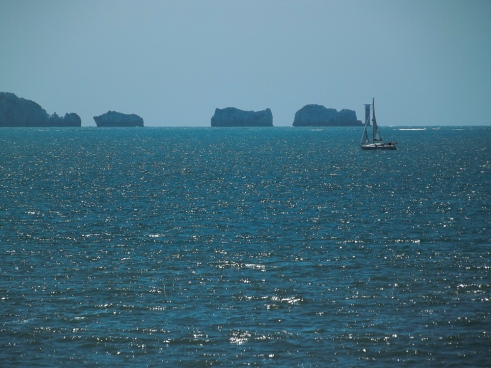 The Isle of Wight and the Needles.

Our trip took us through the New Forest, via a very congested Lyndhurst, to the small seaside town of Milford on Sea. It’s a while since we’ve breathed the sea air and small places like this suit us better than the larger towns. 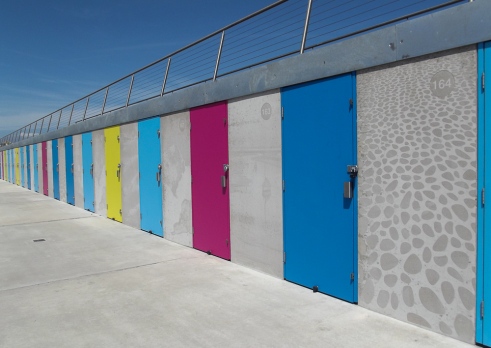 On the sea front at Milford on Sea

We took a walk along the sea wall and discovered a bowling green inviting members of the public in for a game (at a small cost). Valerie’s a bowler, I’m not. But we were out for some enjoyment, so we popped in and were greeted by the duty steward, who furnished us with shoes (you have to wear shoes with completely flat soles on bowling greens) and bowls. Our game was amusing, and for Valerie helped make up her mind to try some slightly heavier woods. We enjoyed that short spell and then set off for a walk along the sea front. 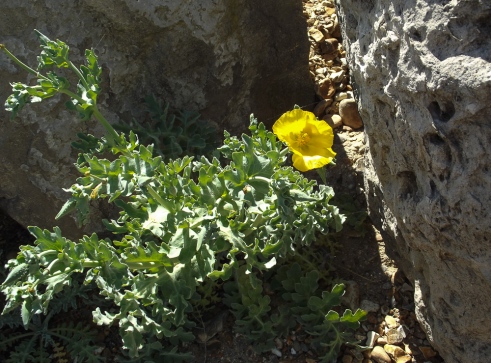 A Yellow Horned Poppy grabs some sunlight amongst the rocks protecting the coast path.

The Isle of Wight, with the Needles, was visible from the promenade. The sun sparkled on gentle waves breaking on a steeply rising pebble beach. 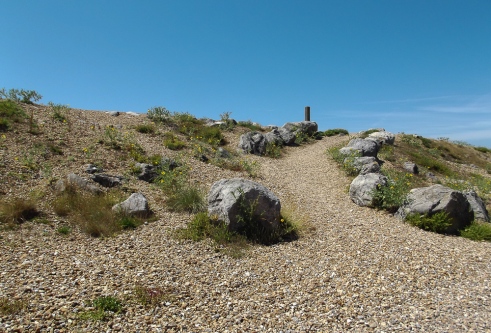 The gravel path up to the sea wall protecting the coast.

Hunger took us back into the small town centre in search of refreshment where we were accosted by a young couple armed with promotional leaflets. Pure serendipity; they were marketing a new venture, a tearoom in a local pub. With free tea/coffee if you bought a sandwich or cake. What’s not to like? The White Horse was only a couple of hundred yards along the high street. Lovely coffee, good sandwiches and delicious cakes. 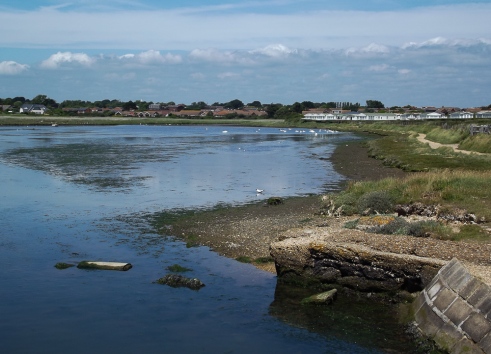 Eventually, of course, we had to leave for home. A pleasant meander along lesser roads (we avoid motorways unless we’re in a hurry) took us through a number of pretty villages we’d never otherwise have seen and into some beautiful countryside to arrive home around 20:00. 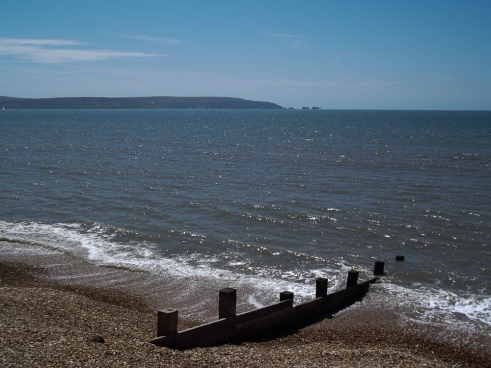 I think Vera would have heartily approved of our little excursion. And the diversion turned what could’ve been a very sad two days into a delightful short break.

3 Responses to “Celebrating a Life Well-Lived”