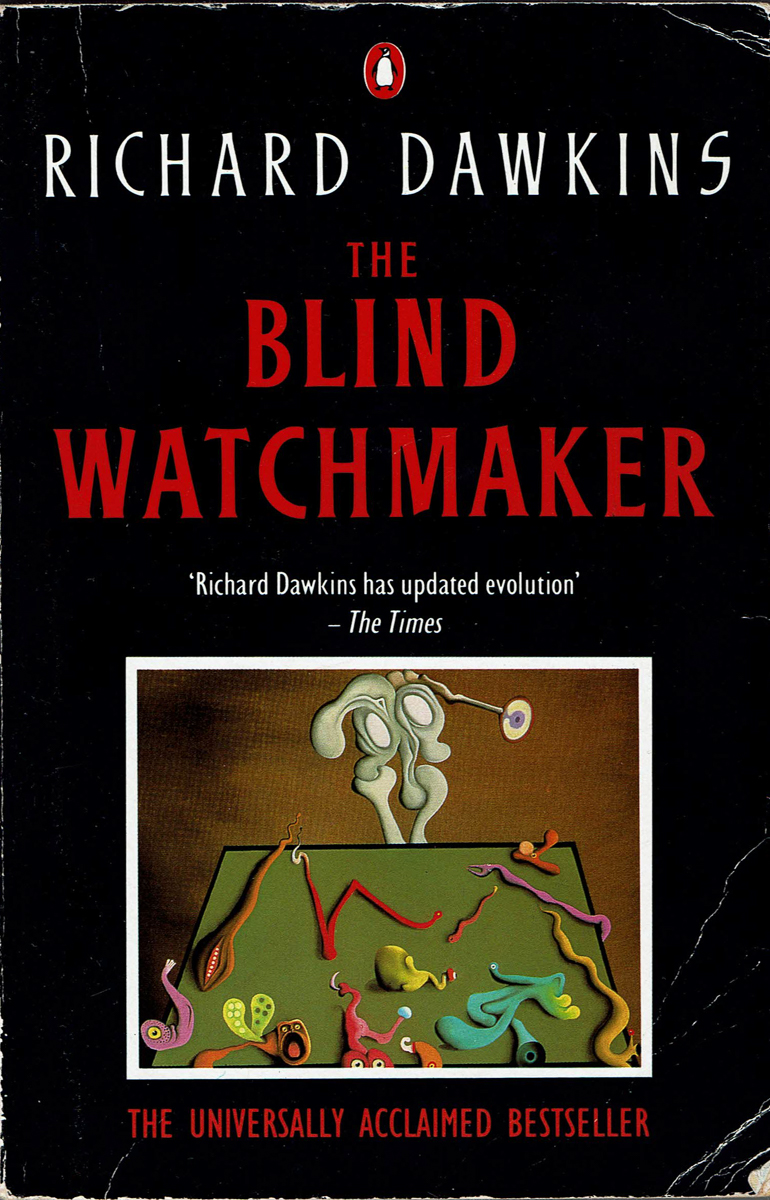 I came late to this seminal work, published 1986; a somewhat turbulent and formative period in my life. Wishing I’d read it at the time is pointless but nevertheless the case.

It requires a special type of academic brilliance, combined with a good deal of experience, to tackle a subject as complex and fundamental as the problem of complex design in living things.

We humans are intensely complex machines, composed of trillions of extremely tiny chemical factories, and the question how we came to be is essential to our understanding of who we are. That we cannot possibly be the result of any form of instant creation is self-evident to all with only a basic apprehension of physics and chemistry. The odds against such an event occurring are in the realms of the utterly improbable, resulting in a ‘one in x’ chance in which ‘x’ is represented by a number exceeding the total of all atoms in the known universe by several factors. Those who claim a ‘creator’ fail to grasp the simple fact that the odds against such a being or power are even greater than those against ‘creation’.

What Dawkins does in this book is to set out the reasons why Darwin’s theory of evolution is the only logical and viable explanation for our existence, and that of the millions of other organisms known to exist. He does this in a patient manner, often with humorous asides, giving credible examples and debunking the false claims of all who deny the reality of evolution.

I’m unable to summarise the book adequately in the few paragraphs any review can justify. All I can do is encourage those who’ve not yet read it to do so, with an open mind. It answers many questions and provides all the evidence any thinking person could need to accept that Darwin was, and is, right in his brilliantly insightful explanation for the origin of species.

Those who continue, for whatever reason, to espouse the falsehoods of creationism will find the book difficult, but its arguments beyond question. And whose who not only allow but actively promote the clear lies and myths of creationism to be taught as fact to children should read the book, understand its truth, and accept that such promotion does those children a serious disservice. I hope that all who act as responsible guardians of children, in whatever role, will agree that teaching them myth and legend as if these were truth is an unforgiveable act that condemns such pupils to lives led in ignorance. It is folly of the highest order.

3 thoughts on “The Blind Watchmaker, by Richard Dawkins: #BookReview.”