A few days ago, Valerie and I took a ‘quick’ walk following a tough stint in the garden. No surprise that, as we walked one of the tracks we favour, we impulsively decided it was time to explore a faint track we’d noticed a few times previously. Track? It was more like a scramble up a very steep hillside dotted with rocks, roots and slippery slopes. Valerie, normally very confident and able on such sites, accepted my proffered hand to help her up a particularly tricky part, and that’s a comment on the slope rather than her ‘mountain goat’ climbing abilities!

At the top of this incline, we discovered an ancient quarry, which we naturally explored. It led into another, larger quarry, accessed by another – yes, you’ve guessed – steep climb. But it was worth it. A lovely old place with ancient beech trees and a man-made circle of stones laid out as a seating area around a fire hearth. Looked like something out of Lord of the Rings.

We spent a good while exploring and then decided against tackling the slopes to get back. That took us along boar tracks until we eventually emerged in well-known country again. It was a fascinating walk. But, this idiot hadn’t taken his camera, and it absolutely cried out to be pictured.

So, today, with the sun peeping through gaps in scudding clouds, we returned. This time, we avoided the steeper climbs by taking a route we worked out would take us to the same destination. Once there, we spent a good deal of time wandering and taking pics. My camera batteries ran out almost at once. But, due to an oversight that had allowed my early boy scout training to come to the fore, I actually had a spare set in my pocket!

We wandered amongst the ancient beeches, marvelled at the exposed rocks, sat on the stone seat to freeze our assets, and generally had a great time. When we left, we trekked through some fairly unfrequented woodland, following boar trails, until we found a track we know well, and returned home.

I thought, in this time of such uncertainty and general dismay over various political shenanigans, I’d pass on the pleasure here in the hope of uplifting flagging spirits. 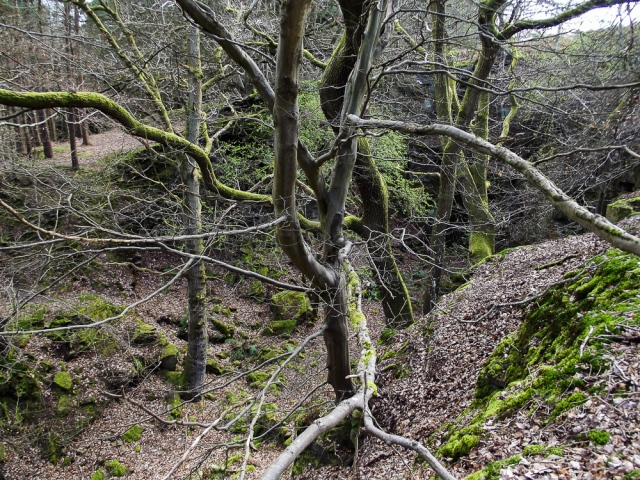 First sight of the smaller quarry. 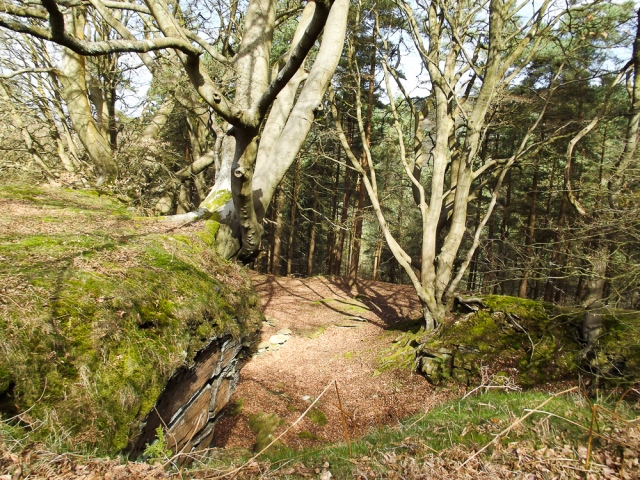 And, here, the larger quarry.

Ancient beech trees spread their roots over the rocks.

Some diligent souls have built this seating area around a hearth to contain a fire.

The rich local stone is cracked and layered, making it ideal for certain building work.

One of the sheer faces of the old quarry.

And we came across this weird old guy who Valerie insisted on photographing; sorry to spoil the sequence!

More of the magnificent monarchs. 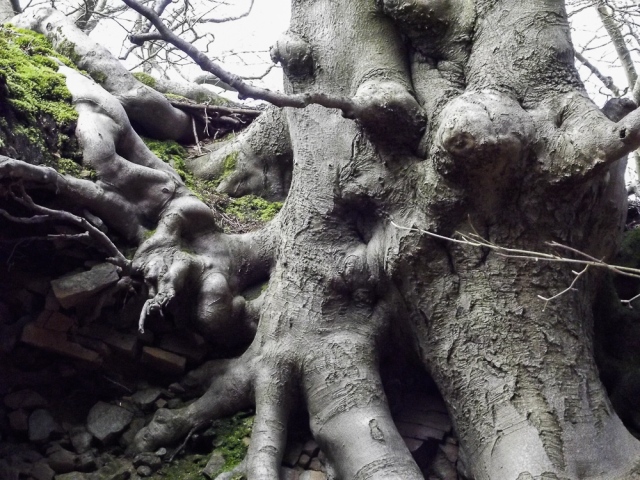 Those roots have seen a lot of weather!

Our route back took us through woods without tracks.

Until we came upon an old trail we often use. 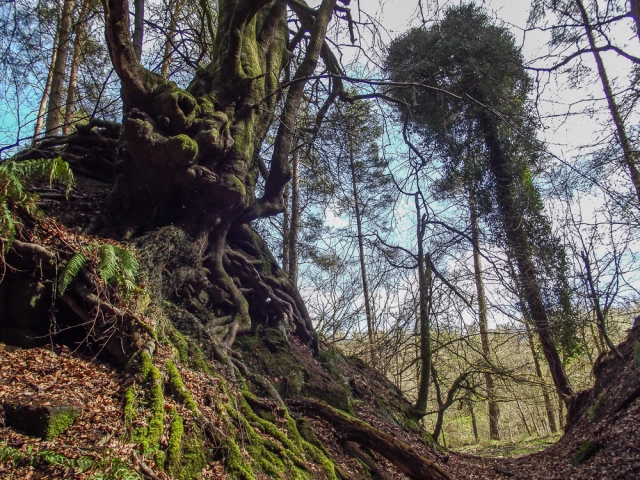 We passed this ancient sentinel en route back home. 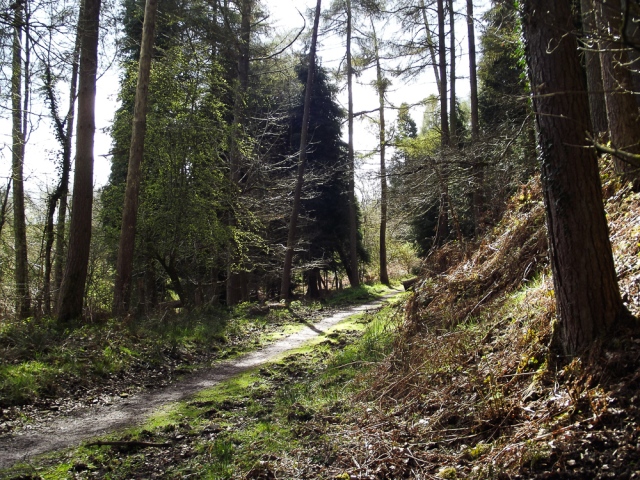 And then winds down this hill. I used to run here when practicing for the Great North Run in 2015. And cyclists use this with the mountain bikes.

Eventually, it leads to Horton Bridge, another bridge over a now dry water course.

Shadows snake along the old railway track. The Forestry Commission did a great deal of work to establish this track for walkers and cyclists to use the forest. We use it often.

And, finally, the first bridge comes back into sight. From here, it’s only a few hundred yards back home. A very pleasant walk.

4 thoughts on “A Sunday Walk in the Forest”